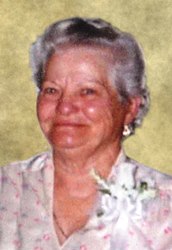 She was preceded in death by her parents – Raymond and Wanda Cooley; her husband – Bernard Wuebbels; a great grandson – Owen Bolton; a sister – Arlene Settles; and a brother – Artie Cooley.

Mrs. Wuebbels worked at Wee Walker Shoe Factory in her younger years and was a homemaker after she was married. She was a member of St. Mary’s Church and enjoyed puzzles, Sudoku, flowers, and gardening. Alfreda will be remembered as a loving wife, mother and grandmother.

Memorial donations are suggested to the Clinton County Relay for Life or to the American Diabetes Association and will be received at the funeral home. Online condolences may be sent to www.zierenfuneralhome.com.