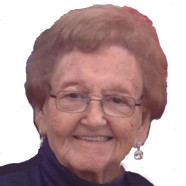 Arlene was a homemaker and a member of St. Francis of Assisi Church and Altar Sodality in Aviston, Aviston American Legion Post 1237 Auxiliary, and was an honorary member of the St. Joseph’s Hospital Auxiliary.

She enjoyed playing euchre and golf, quilting, traveling, and spending time with her grandchildren.

Funeral Mass of Christian Burial will be Tuesday, October 10, 2017 at 10:00 a.m. at St. Francis of Assisi Church in Aviston with Fr. Daniel Friedman presiding. Interment will follow in St. Francis Cemetery, Aviston.

Memorials may be made to the wishes of the family and will be received at the funeral home.