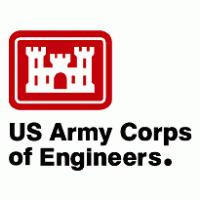 In Celebration of Carlyle Lake’s 50th Anniversary, a time capsule that was buried in the Dam West Day Use Area in 1992 during the 25th Anniversary Celebration has been reopened. Items from the time capsule will be on display to the public at the Case-Halsted Library, Carlyle, IL beginning Saturday, October 28th through Friday, December 8th, 2017.

On June 26, 1992 the time capsule closing was part of a ceremony celebrating the progress and partnerships made during the first 25 years Carlyle Lake was in operation. Items contributed for the time capsule were made by state and local government, organizations, and local businesses. The time capsule will be re-buried in December 2017 to be re-opened during the 75th Anniversary in the year 2042.

For more information on Carlyle Lake, contact the Carlyle Lake Project Office at (618) 594-2484 or email at carlylelake@usace.army.mil.