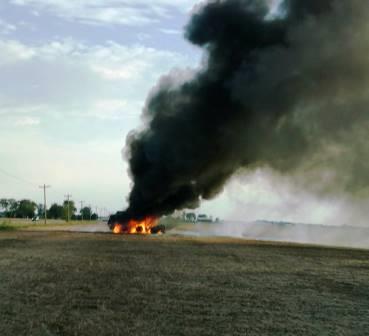 Greenville Firefighters responded Sunday, at 5:14 p.m., to a report of a combine on fire on Third Avenue at Rt. 127 south of Greenville.

According to the fire report, the combine operator noticed burning spots in the field and when he got out to investigate, he found the rear of the combine fully engulfed.

The cause of the fire is determined to be part failure. The combine is estimated to be a total loss valued at approximately $300,000.00. 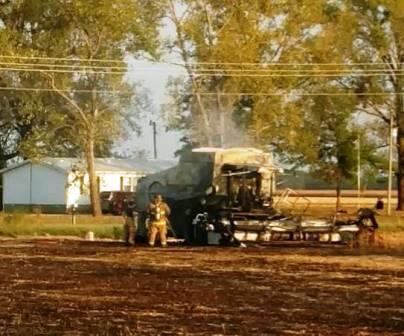 Firefighters extinguished the fire and were on the scene about an hour and a half.