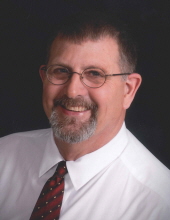 Darrell Lee Evans, 62, of Carlyle, died at his residence, surrounded by his loving family on Saturday, September 30, 2017. Darrell returned to his heavenly home after a courageous battle with kidney cancer. His firm belief in God and his devotion to his family supported him in his struggle and brought him peace.

Darrell is survived by his wife Paulette of Carlyle; his children Nicole and husband Jered Weh of Carlyle, Sara and husband Andrew Siegmund of Heyworth, IL and Eric and husband Adam White of Valparaiso, IN; and 7 grandchildren, Braden, Ashlyn and Eli Weh, Sadie and Stella Siegmund, and Sawyer and Cora Evans-White.

Darrell is also survived by his mother Juanita Evans of Carlyle; sister Deborah and husband William Sorensen of Aurora, NE; and brothers-in-law and sisters-in-law Joanne and Ronald Zingler, Duane and Judy Kampwerth, Ruth and Charles Limpers, Myra and Myron Thomas, Mary and Steve Usselmann, Nancy and Gary Beckemeyer, and Jeanette and Richard Towers. He is also survived by many nieces and nephews and great nieces and nephews.

Darrell was preceded in death by his father Dwight “Spike” Evans and mother and father in-law Joe and Agnes Kampwerth.

Darrell loved competition, whether it be card games, dominoes, golf, tennis, basketball, the list goes on and on. He coached his children in little league basketball, baseball, and football. He loved watching and supporting his children and grandchildren compete in their various sporting activities. Throughout life, Darrell was an avid reader, history buff, and enjoyed watching Jeopardy. In more recent years, Darrell became a beekeeper and enjoyed giving family and friends honey.

Darrell was a member of Carlyle Christian Church where he served as a deacon, elder, and Sunday school teacher. He was passionate about Christian outreach, including serving the Wednesday high school lunches, assisting in home repairs for people in need, providing meals through the bookmobile, and serving the people of Nicaragua in a 2014 mission trip. He was also actively involved in the Little Egypt Walk to Emmaus. Through his words and actions, Darrell introduced many people to Christ.

Visitation will be held on Wednesday, October 4 from 4:00-8:00 pm and Thursday, October 5 from 8:00-10:15 am at Zieren Funeral Home, Carlyle. Celebration of life service will be held at 11:00 am at Carlyle Christian Church, with burial immediately following at St. Mary’s Cemetery, Carlyle.

In lieu of flowers and gifts, memorials may be made to Carlyle Christian Church or HSHS Hospice. Donations will be received at Zieren Funeral Home.