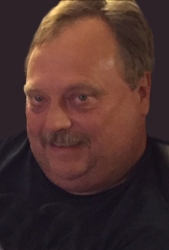 Donny was born on October 31, 1960, in Breese, Illinois, a son of Donald W. and Peggy (Barnhart) Berry. He married Nancy Potts and they were later divorced.

Mr. Berry is survived by his children – Mandy Boatright (Les) of Carlyle and Adam Berry (Dayna) of Edwardsville; 3 grandchildren – Luke and Lexi Boatright and Stella Berry; his father – Donald Berry (Donna) of Hoffman; his brothers and sisters – Twyla Berry of Carlyle, Kathleen Berry (Clay) of Huey, Karen Isaak (Jack) of Carlyle, Andy Berry (Natalie) of Carlyle; and Crystal Krisher (Michael) of Collinsville; and many nieces and nephews. He was preceded in death by his mother, Peggy Berry.

Mr. Berry worked at Rockwell/Cambridge, and later at Walgreen’s for many years. Most recently, he was a truck driver for Beckmann Distribution Services. Donny loved travelling around the country while driving a truck, and he was eager to tell his family about the places he’d been to. Donny enjoyed hunting and fishing, watching NASCAR races, and collecting arrowheads. He loved spending time with his children and grandchildren and he always looked forward to family gatherings.

Memorial donations may be made to the charity of the donor’s choice and will be received at the funeral home. Online condolences may be sent to www.zierenfuneralhome.com.