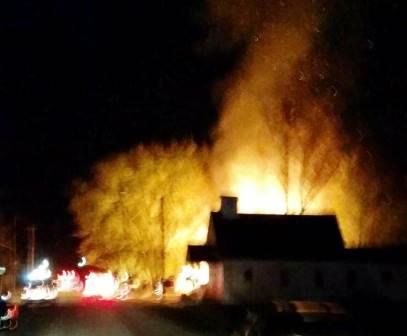 Details are emerging on a house fire that occurred early Wednesday morning in the 500 block of Academy Street in Pocahontas. WGEL has been able to confirm there was a fatality involved in the fire.

Greenville fire officials told us the initial call came in around 2:30 AM. Pocahontas-Old Ripley firefighters responded and found flames coming out of the windows of the structure upon their arrival. Greenville was called for mutual aid and they arrived to find part of the home collapsing.

According to Greenville fire personnel, the cause of the fire is unknown. Fire crews, the Illinois State Fire Marshall, and State Police officials remained on the scene through the late morning Wednesday. 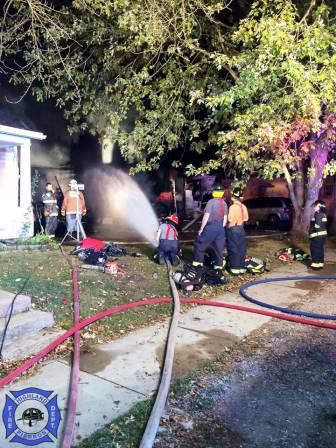 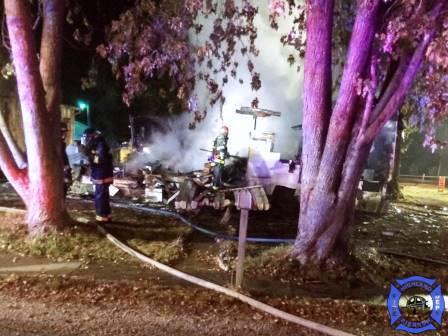 The family was home at the time of the fire and one child was killed in the blaze. The identity of the victim, a 4-year-old girl, is being withheld as the investigation continues.

Bond County EMS took the father to HSHS Holy Family Hospital in Greenville via ambulance. A condition update has not been made available.

Bond County Coroner Anthony Brooks said all family members were on the second story of the house when the fire broke out. Brooks said the fire victim was pronounced dead at the scene by him at 8:33 a.m. The coroner reported an autopsy is planned for Thursday.

According to Brooks, the surviving family members were able to escape out a second story window.