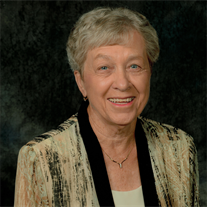 She was born October 16, 1931, in Highland, IL, the daughter of John and Leona (nee Schauster) Zobrist Sr.

Gloria was born and grew up in Highland, IL. She was a 1949 graduate of Highland High School. She worked at Center’s Drug Store and after graduation she worked as a Secretary at Wick’s Organ Company. She was a Book Keeper for Klaus Service Company until she and her husband retired in 1990. She loved to travel with her husband to virtually most of the U.S.A as well as Mexico, Puerto Rico, England and Europe. She loved spending time with her family and friends and enjoyed golfing, bowling, and playing cards.

Funeral service will be at 10:00 AM on Wednesday, October 25, 2017, at Evangelical United Church of Christ in Highland, IL., with Rev. Christopher W. Hill and Rev. Will Ver Duin officiating.