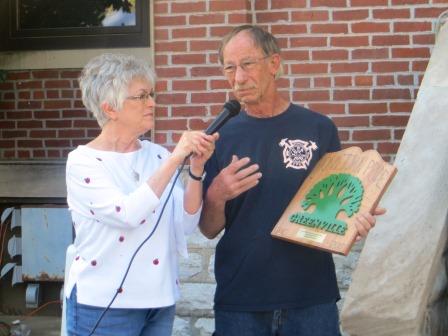 Wise said the GFPD personnel provided service efficiently, skillfully, and with dedication. Fire Chief Denny Wise recognized all fire departments in the county for their teamwork.

Another Community Service Award was given to Lost and Found Ministry.

Gayle Wise talked about the group, which was formed in 2010. 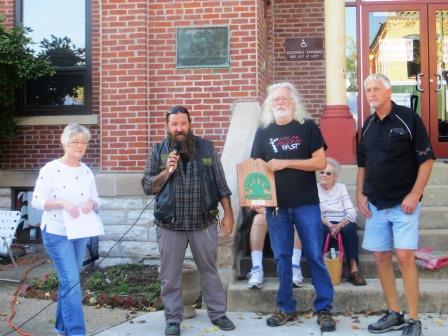 Lost and Found now has a permanent home across from Donnell-Wiegand Funeral Home. The plaque was accepted by Chris Harnetiaux.

The final honor, the Community Appreciation Award, was given by the club to Dodie Johnson, who now lives in the Decatur area. 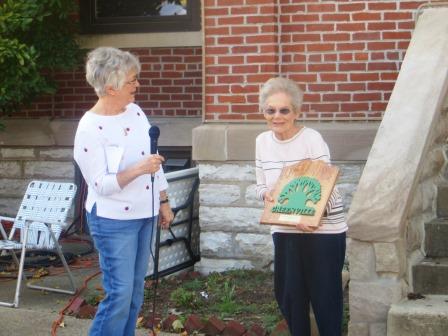 Wise said Johnson worked tirelessly on behalf of the local hospital auxiliary. Johnson said Greenville is a wonderful community and thanked all of the volunteers in the area.