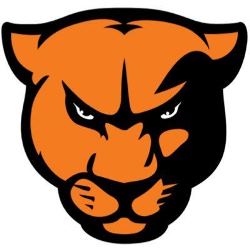 Allyson, a senior from Gurnee, IL, led the Panthers to a 3-0 win over Spalding. She recorded 11 kills in the match, with just three attack errors. Mitchell added two service aces and six digs while also tallying three block assists. She finished the match with 14.5 total points. 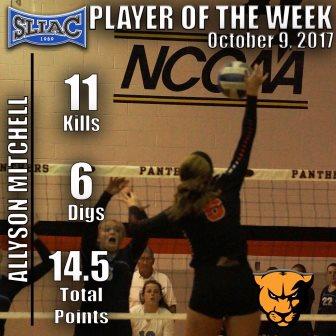 Brittni Bell, a GU senior from Delavan, IL, was named SLIAC’s Defensive Player of the Week after she provided the Panthers with a strong defensive game at the net in their only match last week, a 3-0 win over Spalding.

Bell recorded five blocks in the match, one solo block and four assists. She also added eight kills in the match and totaled 11 points. 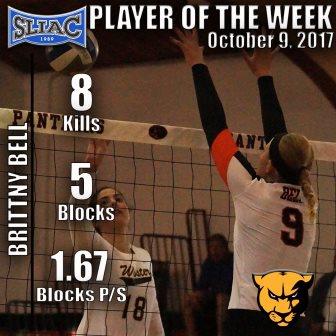