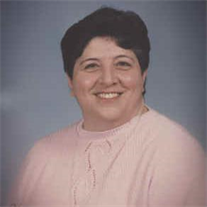 She was born on Monday, October 23, 1944, in Highland, IL, the daughter of Lester and Agnes (nee Jacober) Kirstein.

She was born and reared in Highland, IL; graduated from Notre Dame Academy. She worked in downtown St. Louis, MO and later for Basler Electric. After marriage she ran a daycare business from her home with up to 19 children per day. She eventually went to SIU-E, earned a degree in Social Work. In 1991 she began working at the university bookstore and was recently promoted to assistant manager of textbook rentals. She loved reading and watching mystery and old western movies. She loved her time with her grandchildren and enjoyed working at SIU-E.

Memorial contributions may be made to Highland Animal Shelter or H.I.S. K.I.D.S.