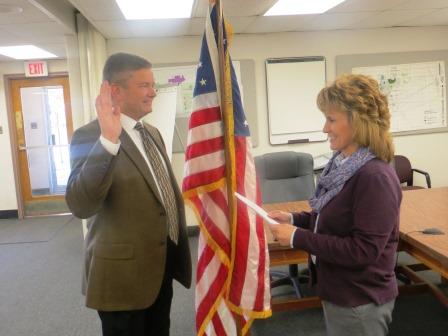 For the first time in over 20 years, the City of Greenville has a new chief of police.

Click below to hear a portion of the swearing in:

Runyon said he is honored to be the city’s police chief. He said Greenville is a great town and a great place to raise kids. 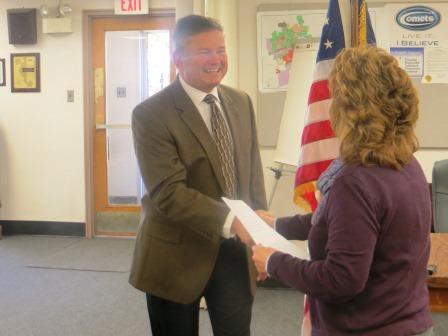 Chief Runyon said his first goal is to increase non-enforcement contact between Greenville Police officers and the general public.

Runyon replaces Lou Lorton, who retired at the end of August. Lorton was appointed chief in late 1996.

He lives in rural Greenville.