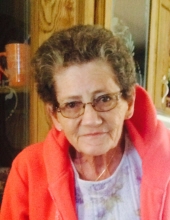 Ruth was born on September 13, 1946 in Highland, Illinois to Bryan and Nioma (Swofford) Snyder. She married Floyd G. “Jerry” Sloan on April 23, 1972 in North Carolina. He died July 9, 2012. She is survived by her son Melvin Dale Sloan and his wife Donna of Smithboro, IL, her sister Joyce Bolla of Smithboro, IL, her brothers Leon Snyder and his wife Hildegard Snyder of Nuremburg, Germany and David Snyder of Greenville, IL. She is also survived by two grandsons Jesse and Michael Sloan. She was preceded in death by her husband, her parents, and two brothers James Snyder and Daniel Snyder in infancy.

She grew up in the Pittsburg/Vandalia area. She attended Maple Grove Elementary School and Vandalia High School. She lived in Virginia after her marriage. She then moved Greenville briefly and then to Smithboro. She and her husband then moved to Keyesport for several years. She moved back to Greenville three years ago.