Anna Finch, a Greenville University freshman, led the GU women’s volleyball team to a pair of conference wins last week and has been named the St. Louis Intercollegiate Athletic Conference Volleyball Offensive Plyer of the Week. 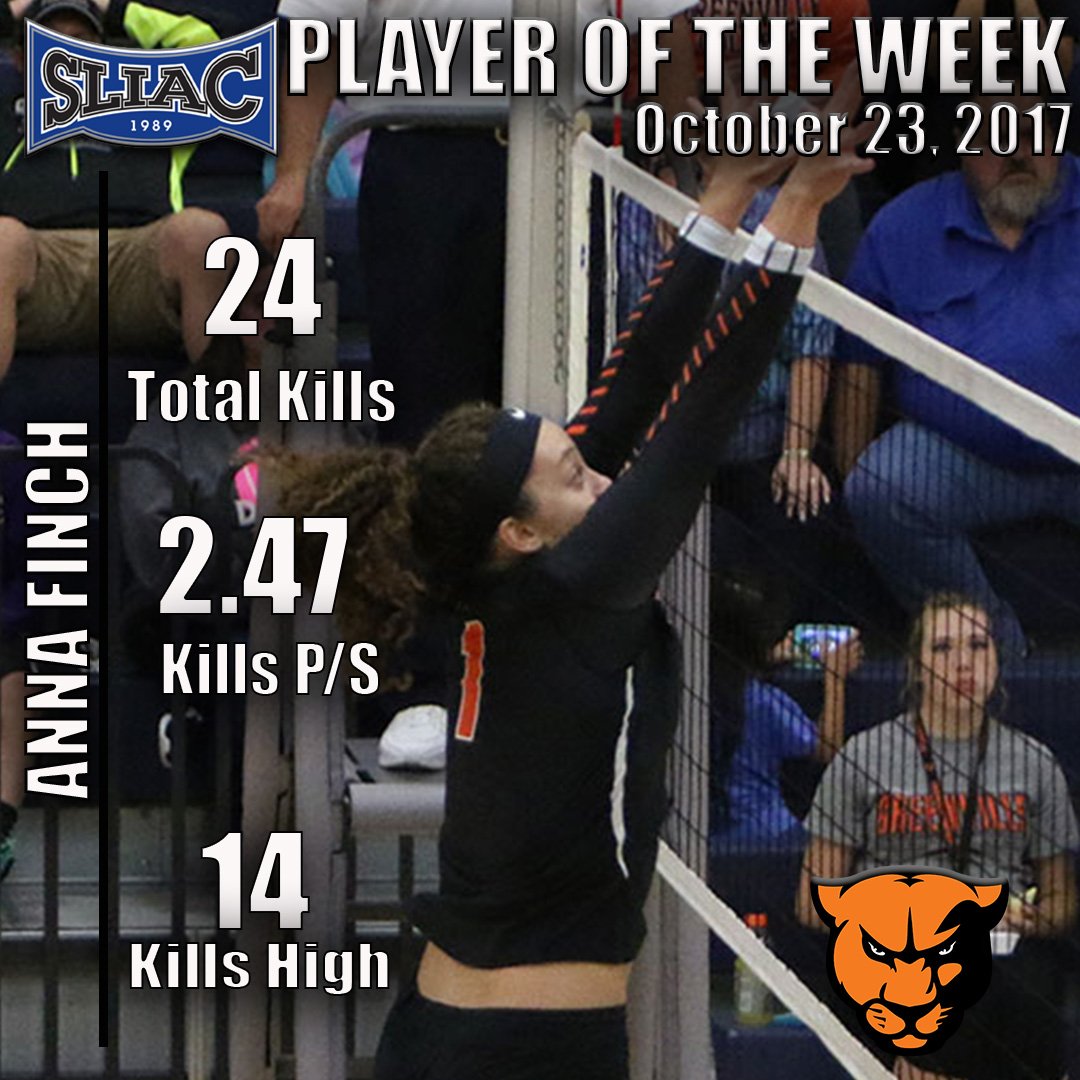 Greenville University women’s soccer player Tymber Gabbert also received an honorable mention from SLIAC. Gabbert tallied a goal from her backline position and helped the Panthers to a pair of shutouts last week.