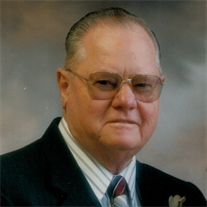 He was a former member of Edwardsville Moose Lodge.

Mr. Brauer was born in Breese and grew up in Breese / Jamestown area. He moved to St. Jacob in 1970 and has lived there ever since. He retired from John Morrell, which was previously Hunter Packing Company, in East St. Louis. He also worked at plants in Kansas and South Dakota. He moved back to St. Jacob in retirement and worked as a maintenance worker at St. Jacob Park. Stanley enjoyed Western Movies and going out to eat. .

Funeral service will be at 10:00 AM on Friday, October 20, 2017, at Spengel-Boulanger Funeral Home in Highland, IL., with Msgr. David L. Peters, Pastor Emeritus, officiating.

Memorial contributions may be made to Cardinal Glennon Children’s Hospital.