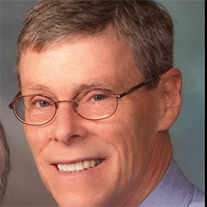 Funeral services will be held at 11:00 a.m. Wednesday, October 18, 2017, at the Greenville First United Methodist Church with Pastor Curtis Flake officiating. The family will receive friends from 4 until 7 p.m. Tuesday at the First United Methodist Church. Interment will follow in Mt. Auburn Cemetery. For those who desire memorials in Tom’s memory may be made to ALS “Amyotrophic Lateral Sclerosis”.

Tommy “Tom” Leon Melvin, the son of Eugene and Molly Kathleen Williams Melvin, was born on October 4, 1947, in Harrisburg, Illinois. Tom grew up in West Frankfort, attending the local schools and graduating from the West Frankfort Community High School in 1964. Tom graduated from SIU Carbondale in 1968 with his BS and Masters Degree in Plant Industries. Tom answered his country’s call by joining the United States Army in 1968 serving as a medical corpsman in Texas. Tom then worked as assistant county supervisor with Farmers Home Association from 1970 until 1978. He and Diane moved to Greenville where Tom served as the County Supervisor for FmHA for many years, later serving as an appraiser for them. Tom last served in the FmHA Processing Center in St. Louis until his retirement in 2003. Tom was a former member of the Greenville Kiwanis Club where he served as Secretary for several years, a former member of the Kingsbury Park District Committee, and a faithful member of his Church, the Greenville First United Methodist Church.

Tom and Diane F. Zotz were united in marriage on March 25, 1972, at the First United Methodist Church in O’Fallon, IL. and have enjoyed over 45 years together. Diane survives as does their daughter Valerie (James) Klenke of the Mt. Nebo neighborhood west of Greenville, and two grandchildren, Jacob Klenke and Sarah Klenke.

Tom is the last of his generation being preceded in death by his parents and four siblings, Patsy Melvin, Carolyn Shelton, Nancy Perkins, and Don Melvin. 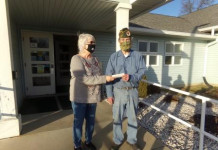 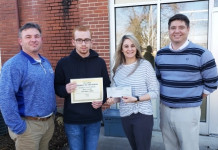