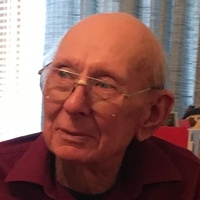 He was the son of Irwin and Ella (Windau) Hosto.

He was married to Darlene Ulrich on July 22, 1950 at the Immanuel Lutheran Church in New Douglas, IL.

Udell served our country as a Private in the United States Army.

His occupation was Farming and Carpentry. Udell was a member of the Immanuel Lutheran Church in New Douglas, IL. He was a former member of the American Legion and the Moose Lodge.

Udell is survived by his Wife: Darlene Hosto of Mt. Olive, IL;

He was preceded in death by his Parents; his Sister: Ruth Kruse and a Sister-in-Law: Donna Moore.

A Graveside Service for Udell Hosto will be held on Friday, November 3, 2017 at 11:00 AM at the New Douglas Cemetery in New Douglas, IL with Pastor Patricia Caley officiating.

The Family will host a Luncheon at the Immanuel Lutheran Church Hall in New Douglas immediately following the Graveside Service.

Memorial Contributions in memory of Udell Hosto can be made to the Family or to the Immanuel Lutheran Church.

The Lesicko Funeral Home in Livingston, IL is privileged and honored to take care of the arrangements and services for Udell Hosto and his Family.