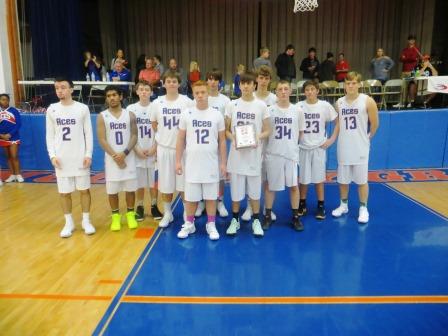 It was a 13-13 score during the first quarter, but at the end of eight minutes St. Elmo/Brownstown led by seven, and at halftime the score was 46-27. The Aces never led in the game. They got to within 13 points midway through the third quarter.

Wyatt Criner led Mulberry Grove in scoring with 15 points while Kaleb Scoggins had 12.
The Aces were 3 and 1 in the tournament.

Named to the all-tournament team from Mulberry Grove were Courtlyn Latham and Alex Franklin.