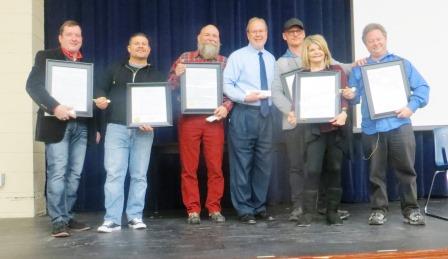 Five actors from the classic holiday film, “A Christmas Story” were in Greenville Saturday to help usher in the holiday season during the Coming Home for Christmas event.

At a program held before the showing of the movie at the Greenville High School auditorium, Greenville Mayor Alan Gaffner made a special announcement.

The full text of the proclamation appears at the end of this story. Click below to hear Mayor Gaffner read a portion of it:

Bendig is the manager of the five actors. Drew Hocevar and Patty Johnson played elves in the movie, Yano Anaya was Grover Dill, Scotty Schwartz played Flick, and Zach Ward was Scut Farkus. 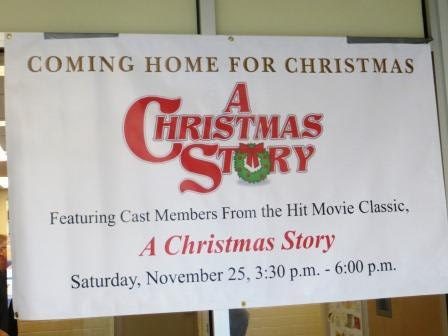 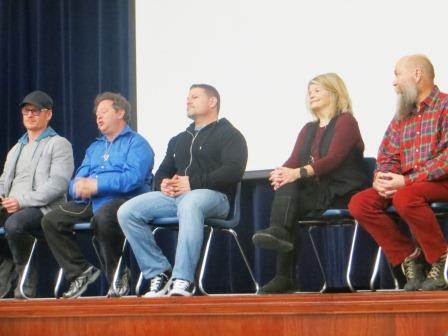 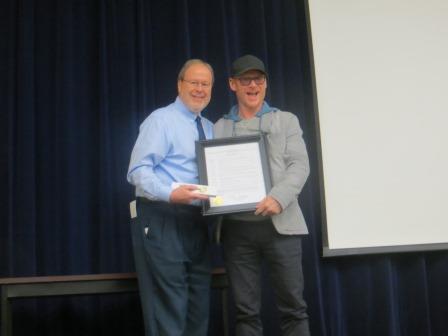 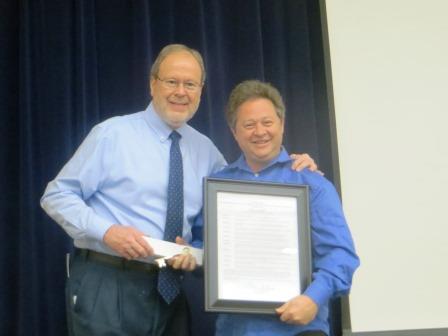 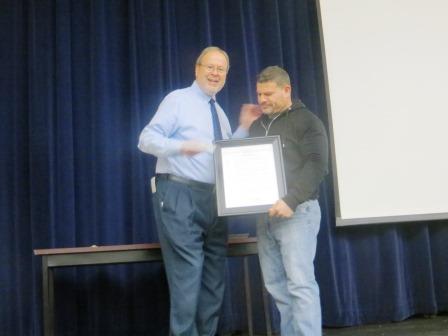 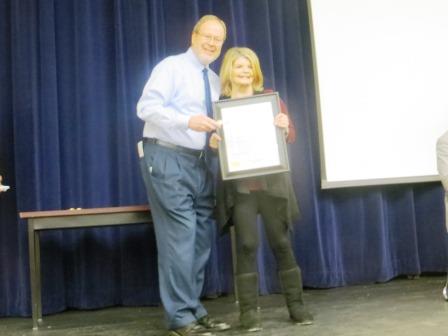 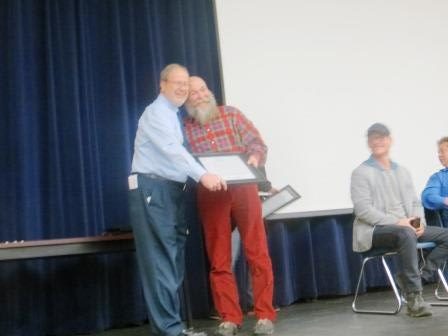 The cast members rode in the Greenville Lighted Parade Saturday evening and participated in the courthouse lighting before signing autographs for fans.

The Greenville Chamber of Commerce and Greenville tourism sponsored the event. Organizers were very pleased with the number of people attending the festivities.

WHEREAS, the 1983 movie, “A Christmas Story”, has become an annual holiday classic; and

WHEREAS, the film’s critical reputation has grown considerably and is considered by some to be one of the best films of 1983; and

WHREAS, as a result of television airings and home video release, “A Christmas Story” has become widely popular; and

WHEREAS, the film is described as “…warmly nostalgic, delightful, truly funny for kids and grown – ups alike with wonderful period flavor; and

WHEREAS, in 2007, AOL ranked the “A Christmas Story” their Number One Christmas movie of all time, and in 2012, a Marist Poll named the film the “favorite holiday movie in the United States; and

WHEREAS, since 1997, a marathon of the film titled “24 Hours of a Christmas Story” has aired on TNT and / or TBS comprising 12 consecutive airings of the film on both Christmas Eve and Christmas Day; and

WHEREAS, the movie made the Red Rider BB rifle and Leg Lamp famous; and

WHEREAS, Tim Bendig, owner of In Person Pro, manager of multiple celebrities, including the cast of “A Christmas Story”, who have appeared at City of Greenville events, is celebrating his birthday today; and

WHEREAS, with no professional movie acting experience, Drew Hocevar played the Male Elf, and Patty Johnson played the Head Elf, gaining their practical knowledge working as elves at Higbee’s Department Store in Ohio where the film was shot; and

WHEREAS, Yano Anaya, who played Grover Dill, was the paperboy in the classic John Cussac movie “Better Off Dead”, and performed in a Van Halen music video; and

WHEREAS, Scotty Schwartz, who played Flick, appeared in “The Toy” with Richard Pryor, ABC After School Specials, and “21 Jump Street”; and

Now therefore, I, Alan Gaffner, Mayor of the City of Greenville, due hereby declare Saturday, November 25 as “A Christmas Story”, Tim Bendig, Drew Hocevar, Patty Johnson, Yano Anaya, Scotty Schwartz, and Zach Ward Day in Greenville, and hereby urge all residents to express gratitude and honor for their contribution to the continuing holiday pleasure and enjoyment generated for all ages by this classic Christmas film.