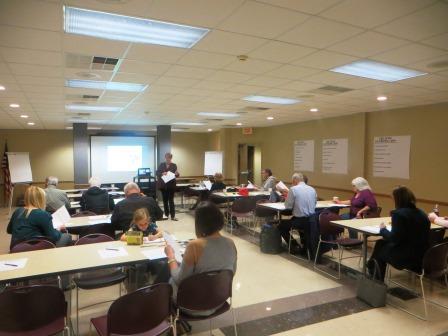 Another meeting about Creative Economy was recently held in Greenville.

Creative economy is an economic system where value is based on novel, imaginative qualities rather than the traditional resources of land, labor and capital.

Pam Schallhorn, from the University of Illinois Extension, once again served as the facilitator.

In addressing the nearly 25 people in attendance, she emphasized that there has to be passion on the part of the entrepreneurs involved. She noted it wasn’t up to the city to make a creative economy happen; the city simply needs to be open to the needs of the entrepreneurs.

At the end of the meeting, committees were formed for further discussion of ideas.