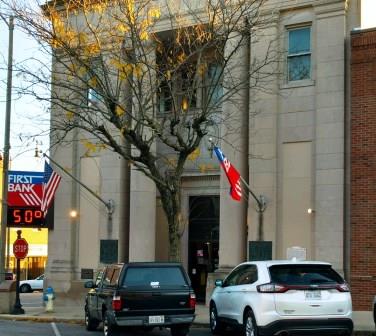 The Peoples State Bank of Newton has signed a purchase and assumption agreement to acquire three bank branch locations in three cities.

One of the three is First Bank in Greenville. The bank, with the well-known time and temperature sign, is on the southwest corner of the intersection of Second and Main streets in downtown Greenville.

The other two are also First Bank facilities located in Vandalia and Salem.

Peoples State Bank has also agreed to purchase fixed assets and a small amount of loans at the branches.

The Newton bank expects the transaction to close during the first half of next year, subject to regulatory approval and satisfaction of customary closing conditions.

Peoples State Bank has been in existence since 1875. When the purchases go through the bank’s number of branches will go from five to eight.