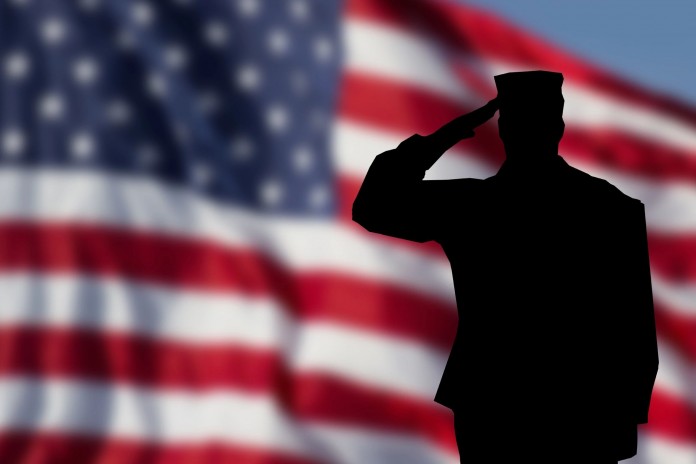 Approximately 50 veterans were in attendance, each standing and giving their names, their branch of service and their years of duty.

Corporal Roger Sanders, a graduate of GHS who served in the Marines during the Vietnam Conflict in 1969 and came home in 1970, was the featured speaker for the program.

Part of his speech has a red, white and blue theme. He said red represents the bloodshed in the fight for freedom, white is the purity of the cause, and blue stands for loyalty.

Sanders also touched on why the United States flag means so much to veterans. He said his generation was children of World War II veterans, so they understood that freedom was the best way to live.