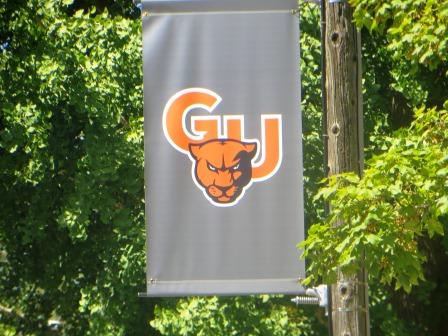 The St. Louis Intercollegiate Athletic Conference has named Greenville University’s Kate Arthur the 2017 SLIAC Newcomer of the Year. Arthur, a freshman, helped form one of the league’s top offenses. She finished conference play with 11 goals, 10 assists, and 32 total points; leading conference players in all three categories. Arthur had four games with multiple goals and scored points in six of her nine conference games. She is the fifth player in program history to take home the award, and the third straight Panther to win; joining her teammates Dani Pearce and Breanna Thomas. 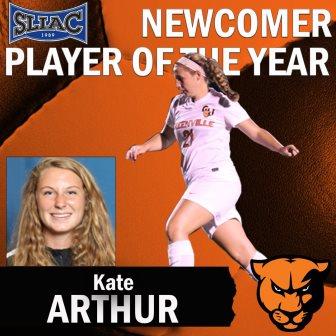 The GU women’s soccer coach, Jeff Wardlaw, is the 2017 SLIAC Coach of the Year. Wardlaw led the Panthers to a 13-6 overall record, going 7-2 in conference play. A year after missing the tournament he guided the Panthers back to the postseason. The Panthers finished in the top three in conference teams in both goals scored and shutouts this fall. This marks the first time he has been named the SLIAC Coach of the Year, and he becomes just the second Panther head coach to earn the honor; joining Bob Johnson (1998). 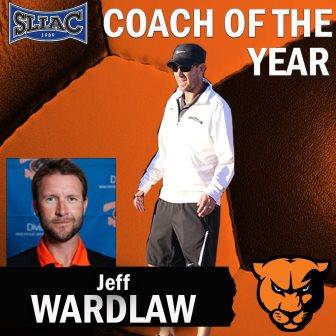 SLIAC also recognizes one individual from each team on the All-Sportsmanship team. This year’s honoree from Greenville University is Natty Hepburn.

Other Panthers recognized with slots on All Conference teams include Breanna Thomas and Tymber Gabbert on the First Team; Kate Arthur and Dani Pearce on the Second Team; and Jade Taylor and Suzi Conner on the Third Team.