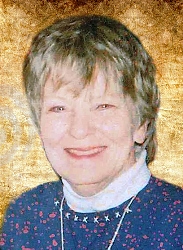 Jane E. Schroeder, age 76 of Keyesport, passed away at the Carlyle Healthcare Center on Monday, November 13, 2017.

Ms. Schroeder was born on September 12, 1941, in Centralia, Illinois, a daughter of Lewis William and Norma (McClaren) Langham. She married Bob Schroeder in 1967 and they were later divorced.

Jane is survived by her daughters – Marla Bellina and husband Hank of O’Fallon, IL; Gina Boente and husband Bill of O’Fallon; and Jill Wessel and husband Matt of Pierron, Illinois; 7 grandchildren – Kara, Michael, Alex, and Elizabeth Bellina, Franki Boente, and Evan and Caleb Wessel; a brother – Michael Langham and wife JoAnn of Carlyle; a brother-in-law – Karl Wrone of Keyesport; and her special nieces and nephews.

She was preceded in death by her parents; a sister – Nancy Wrone; and her significant other – Dale O’Guinn.

Jane was a member of Columbus Baptist Church and the Keyesport American Legion Women’s Auxiliary. She worked for the United States Postal Service for 34 years and served as the Keyesport Village Clerk for many years. One accomplishment she was especially proud of, was that she helped start and organize the annual Keyesport Halloween Parade for over 30 years. Jane loved to spend time with her grandchildren and enjoyed visiting with her family and friends. Jane will also be missed by her beloved cat, Fraidy.

Expressions of sympathy in memory of Jane are suggested to the Columbus Baptist Church or to the Clinton County Senior Center and will be received at Zieren Funeral Home. Online condolences may be sent to the family by visiting www.ZierenFuneralHome.com.