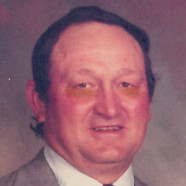 Mr. Beckmann was born December 15, 1937 in Bartelso, a son of the late George and Lucy, nee Meyer, Beckmann.

In addition to his parents, he was preceded in death by his siblings and their spouses, William (Frances) Beckmann, Frank Beckmann, Eleanor (Tony) Lengermann, Rita (Vince) Hemker, John Wellen, Alphonse Pollmann, and Wendell Loepker.

He is survived by his sisters, Alice Wellen of Highland, Dorothy Pollmann of Carlyle, and Lucille Loepker of Breese; a sister-in-law, Christine Beckmann of Germantown; and numerous nieces and nephews.

Alvin was a veteran of the United States Army Reserves and a retired dairy, hog, beef, and grain farmer. He was a member St. Cecilia Catholic Church in Bartelso, Clinton County Farm Bureau, and Mid-Am Prairie Farms.

Memorials may be made to St. Cecilia Catholic Church and will be received at the church or through Moss Funeral Home in Germantown who is serving the family.