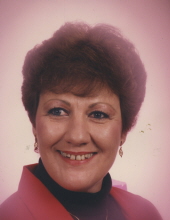 She grew up in the Pittsburg, IL area and graduated from Vandalia High School. She worked at Nuby’s Steakhouse for a time before her marriage. After her children were older she went to work for The Illinois Secretary of State Drivers License Division and retired in 2002 after 25 years. She was an avid Cardinal Baseball fan and enjoyed working on jig-saw puzzles.