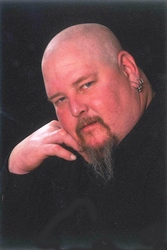 Mr. Johnson was born on October 4, 1967, in Belleville, Illinois, a son of James and Darline (Sorgea) Johnson. Chuck was a member of St. Mary’s Church in Carlyle and a member of the Knights of Columbus, Council 1382 in Carlyle. He worked out of the Sheet Metal Workers Local 268 in Caseyville. Chuck loved racing cars, truck pulling, working on cars, and spending time with his family.

Mr. Johnson is survived by his mother – Darline Johnson of Carlyle; his children – Cody Johnson and wife Chelsea, Patty Watts and husband Vaden, T.C. Johnson and fiancé Rachel Henkel, and Dustin Johnson, all of Carlyle; 2 grandsons – Coulten Johnson and Landon Johnson; a sister – Deanna Sloat and husband Kevin of Salem; and his nephews – Cameron, Dillon, and Dakoda Sloat.

He was preceded in death by his father – James Johnson and his grandmother – Gertrude Kaemmerer.

Expressions of sympathy in memory of Mr. Johnson are suggested to the Midwest Children’s Burn Camp and will be received at Zieren Funeral Home. Online condolences may be sent to the family by visiting www.zierenfuneralhome.com.