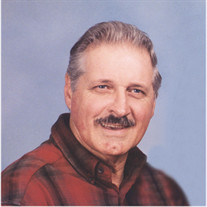 Joe was born and grew up in Highland, IL. He attended St. Paul School. He drove for Highland Motor Freight. He served with the U.S. Marine Corps from 1951-1954, discharged as Sergeant with duty in French Morocco. In 1956 he started working for United Parcel Service and drove for 37 years, retiring in 1994. In retirement he worked for McGinley Motors in Highland, transferring cars to other dealers. He enjoyed deer hunting the most ( spending countless hours in tree stands) along with turkey and other animals. Joe never missed a deer season until he was age 83. He had been an avid Harley Davidson rider since 1958. An Electric Glide was his favorite ride and he was still riding until the age of 83. He attended AMA Flat Track Races from San Jose, CA to Syracuse, NY. He was an avid Cardinal’s fan and attended the 2011 World Series. Joe and Toots enjoyed camping with their many friends through out the years and he watched NASCAR.

Funeral Mass will be at 10:00 AM on Saturday, December 30, 2017, at Saint Paul Catholic Church in Highland, IL., with Rev. Father Pat G. Jakel officiating.

Memorial contributions may be made to St. Paul School Educational Foundation or Meals on Wheels.