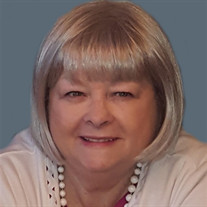 Linda was born in East St. Louis, IL. She was a graduate of St. Theresa’s Academy in 1957. She worked at Ralston Purina in St. Louis for 28 years. She moved to Highland and worked at Korte Luitjohan Construction as a receptionist. She retired at age 64. Linda lived at Faith Countryside Homes and Apartments for the last four years. She enjoyed crafts, visiting parks, spending time and caring for her nieces and nephews. She liked playing cards (Pinochle) with her family.

She was preceded in death by :
Father – Roland Joseph Henderson – Died 2008

Interment will be at a later date at Saint Joseph Catholic Cemetery in Highland, IL.

Memorial contributions may be made to St. Judes Children’s Hospital.