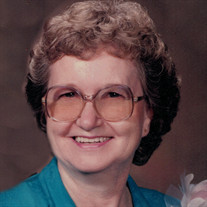 She was born on Monday, January 16, 1928, in Worden, IL, the daughter of Fred and Hilda (nee Schroeder) Engelke.

She was a member of Saint Paul Lutheran Church, Hamel, IL.

Lorraine was born and raised on the family farm north of Worden at Lamb Road and Route 4. She worked at St. Paul Lutheran School as a cook. After her marriage to Robert Sauerwein she was a full time mother raising their children. She later worked for Jakel Manufacturing in Highland for 10 years and SIU-E for 20 years in the Bursar’s Office. She retired from SIU-E in 1999. She enjoyed sewing, bowling, dancing, Pinochle and traveling.

Memorial contributions may be made to St. Paul Lutheran Church or Alzheimer’s Association.