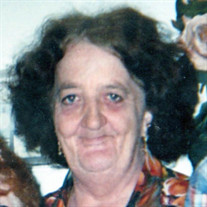 Nancy Jo Compton, the daughter of Charles Junior Compton and Nina May Maroon Compton, was born on April 3, 1952 in Vandalia, IL. Nancy grew up in Greenville where she attended Central School, Greenville Elementary School and Greenville High School. Nancy worked at Fayco in Vandalia for several years.

Nancy was a member of the Central Christian Church.