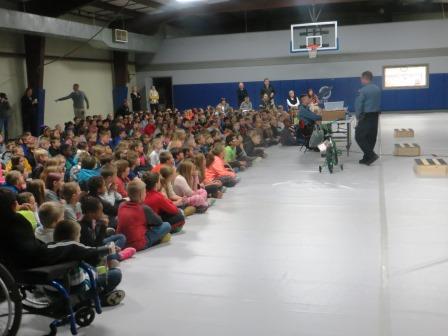 It was part of an education effort by the city to understand the bicycle markings recently painted on many of the streets. While there are only two streets that have specific bicycle riding lanes, Idler Lane from College to Rt. 140 and the east end of College Avenue, the majority of the streets have bicyclists and motorists sharing streets. 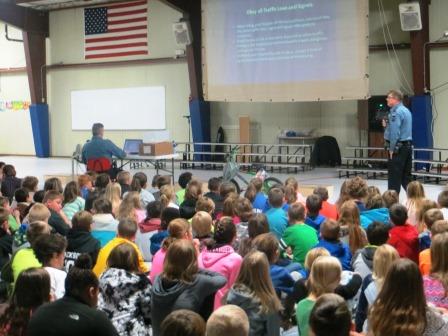 Officer Rieke spoke to the students about safety and the bicycle markings. He said they should ride as close to the right edge of the road as is practical, but not directly against the curb. Bicyclists should ride in the same direction as other traffic and slow down at intersections and railroad crossings.

Rieke also reminded students that the City of Greenville has bike lanes and routes marked.

The bicycle officer also urged youngsters to wear approved safety helmets, obey all traffic laws, just like motorists should, tide the bicycle in the same direction as cars and trucks, and use arms signals when riding on streets.

He suggested students ride bikes on sidewalks, for safety. That is not allowed in downtown Greenville for the safety of pedestrians.

A brochure is available at the municipal building. It contains information about the new bicycle markings on streets and general bicycle safety.

While Officer Rieke and Chief Runyon were at the school, they gave away a new bicycle for one student in each group.

In the K through second grade group, Amberlynn Smith was the winner and Tucker Spratt won the bike in the third through fifth grade group. 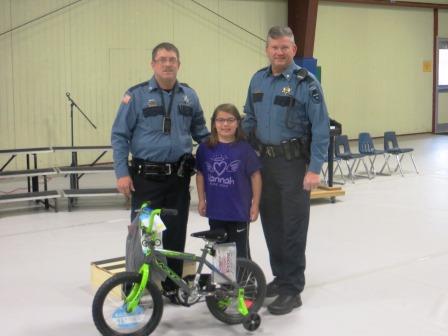 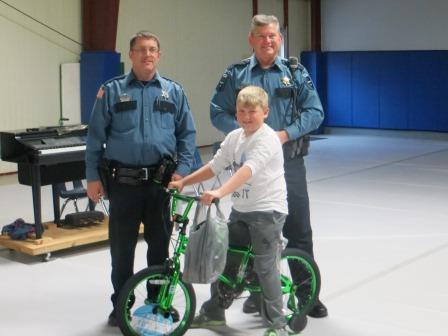