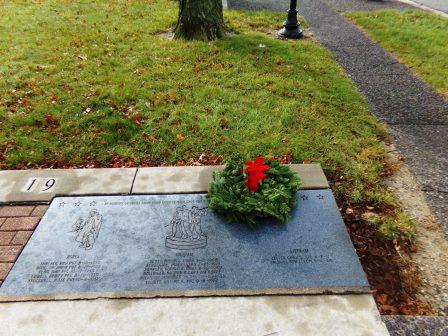 Every year during the Christmas season thousands of people volunteer to place wreaths on the graves of deceased veterans in cemeteries all over the world.

The Wreaths Across America program started several years ago when soldiers would place wreaths on the graves in national cemeteries in memory of deceased veterans. The program was so well accepted and grew so much that Boy Scout troops, veterans’ organizations, civic organizations and private individuals volunteer each year to place as many wreaths Across America as possible. 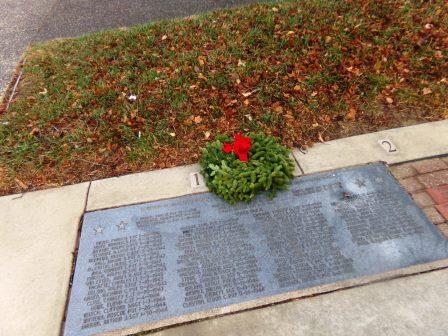 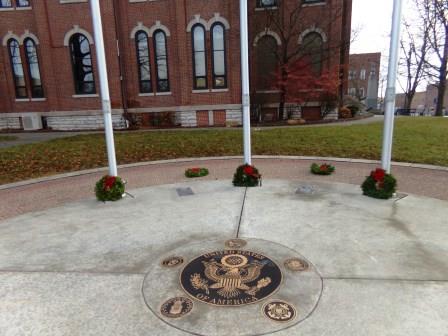 A few of the wreaths were made available to Greenville through the local Sons of the American Revolution, which is one of the organizations that volunteer each year. The wreaths were being placed in Glen Carbon when they came up with a few extra. Those have been placed on the Bond County Veterans Memorial on the courthouse square in Greenville.

It is believed that Greenville will be slated for the wreaths in the future and because of that it was believed the wreaths would familiarize local residents with the Wreaths Across America program.

The wreaths were placed at the Bond County Veterans Memorial by members of AMVETS Post 140 to honor and remember those who paid the ultimate sacrifice as well as those deceased veterans with memorial bricks at the memorial.

The wreaths will remain at the Veterans Memorial until after the first of the year.