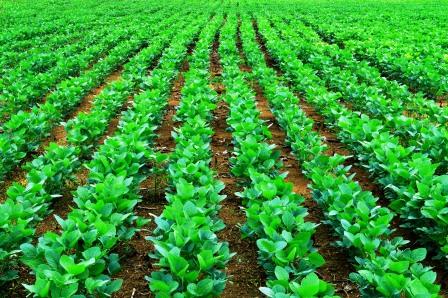 Soybean prices rallied over the last week on increased uncertainty in South American soybean production and a weaker dollar. According to University of Illinois agricultural economist Todd Hubbs, soybean prices in the 2017-18 marketing year are following a very similar pattern to last marketing year, bringing 2018 soybean sales prospects to the forefront.

New crop cash bid prices for harvest in central Illinois recently ranged between $9.70 and $9.80. “A prudent marketing plan for soybeans this year may possess some selling of new crop soybeans in this price rally,” Hubbs says.

Last year, the November 2017 soybean futures price saw an early December rally that weakened over the holiday period and then moved higher in late January on potential weather issues in South America and strong soybean exports. The November 2018 soybean futures price is following a similar pattern with prices 20 to 30 cents lower than last year. The 2017 November soybean contract stayed well above $10 until the beginning of March and then declined substantially until a strong weather rally in July. Despite the similarities in South American production, soybean export levels are not as strong this year and an increase in soybean acreage in 2018 sets up another large production year.

“At this time last year, expectations for an increase in the number of acres planted in soybeans during 2017 and a potential record South American crop set up a scenario of significant downside risk for prices through the marketing year,” Hubbs says. “Both of these factors materialized during 2017 with soybean planted acres increasing 6.8 million acres and Brazilian and Argentinian production both exceeding the January projection.” The Brazilian crop ended up surpassing the January forecast by 371 million bushels.

The recent WASDE report forecasts soybean crush and exports for the U.S. in 2017-18 at 1.95 and 2.16 billion bushels respectively. At 470 million bushels, the ending stocks forecast is the largest since the 2006-07 marketing year. “In 2018, many market observers place current projections of planted acreage of soybeans near 91 million acres, up 0.9 million acres over 2017,” Hubbs says. “At a projected yield of 48.5 bushels per acre and harvested acreage at 90.3 during 2018, soybean production would be at 4.38 billion bushels. If the current projection by USDA for exports and crush materialize, total supply in the U.S. for the 2018-19 marketing year comes in near 4.87 billion bushels. At this point, the USDA ending stocks projections appear reasonable due to slower than expected export levels.”

Hubbs adds that the possibility of a strong downward price movement through 2018 is substantial, much like last year. “Despite the potential for production issues in Argentina and Brazil, the South American crop is weeks away from final resolution to these weather issues. The possibility of an increase in soybean production in the U.S. and large soybean ending-stocks projections hang over the rest of this year.

“The March 29 prospective plantings report will provide the next major indication for soybean acreage for 2018. With so much production uncertainty in the U.S. and South America over the next few months, the current bids for 2018 harvest delivery provide an opportunity for locking in prices on new crop soybeans,” he says.