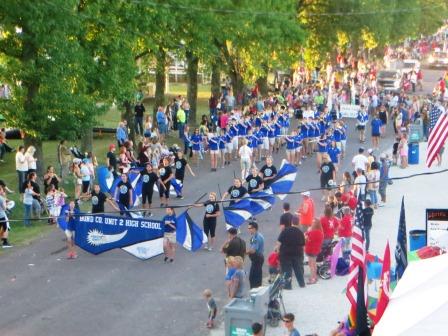 Tuesday is the final day of the 2018 Bond County Fair which means the big parade is scheduled to step off at 7 PM on the fairgrounds.

Parade Director Alan Davis urges entries to arrive early. He said those that have floats and entries to be judged need to be in line between 5:00 and 5:30 PM. Enter through the south gate.

Davis wants everyone to have fun, but be safe while viewing the parade. He said the crowd seems to get closer and closer to the parade every year. He asks everyone in the parade to have people walking to hand out candy rather than throwing anything from floats or vehicles.

While rain is in the forecast, the parade will be held if at all possible. In the event of rain, the fair board will make the call. Tune in to WGEL for updates.

Once again, the parade starting time is 7 o’clock.

For the fair’s 70th anniversary grand finale, fireworks are scheduled after the parade at dusk.