For only the second time in its 17-year history, the Mulberry Grove Aces won the championship in their own tournament.

The Aces went 4 and 0 in the tourney. Kaleb Scoggins and Wyatt Criner were named to the all-tournament team, and Courtlyn Latham was selected most valuable player.

The Aces led by 14 after one quarter and 10 at halftime. It was a five-point game after three quarters. The Eagles got to within three points early in the fourth frame, but the Aces sank key free throws down the stretch to maintain and expand their lead.

Head Coach Andrew Beckham was thrilled for his team.

Coach Beckham liked the way his squad played as a team.

Courtlyn Latham led the Aces in scoring with 25 points and scored point 1,000 of his career during the first quarter.

Criner had 17 points in the championship game. The Aces outscored St. Elmo/Brownstown by 10 points at the line, sinking 15 of 19 attempts. 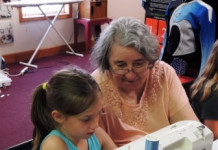