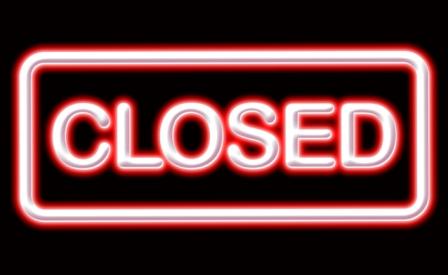 The federal government’s partial shutdown is having a local impact.

County Farm Service Agency offices throughout the nation, including the one based in Greenville, are closed. The doo at the Bond County office has a sign stating “Due to the lapse of federal appropriations, FSA offices are closed. NRCS (National Resources Conservation Service) is remaining open using mandatory and previously appropriated funding.

In Bond County, the FSA and NRCS offices are in the same building on East Harris Avenue in Greenville. The building is open so persons can access the NRCS and Bond County Soil and Water Conservation offices

The NRCS will stay upon through January, then close if the shutdown continues.

The Market Facilitation Program of the government is still providing payments to farmers who already confirmed certification production. The program is for farmers affected adversely by the federal tariff cuts.

The deadline to apply for the program is January 15.

It has been reported a decision will be made after the government reopens if the deadline to apply should be extended.

WGEL has also learned the shutdown is affecting a contractor working on a City of Greenville project. City Manager Dave Willey said the city obtained a Rural Development loan to make new sewer service connections, and payments are not being made. He said the contractors are working on the unserved sewer project, but they’re not being paid, and the city is unable to front the money.

While the unserved sewer project is close to being completed, there is still work to do.