Tickets are available at the High School office and at Watson’s Drug Store in Greenville. Tickets on sale now! Tickets are $9 and $6 for students under 12. Tickets are $1 more at the door.

Newsies’s longevity and reach has been driven from the beginning by an indefatigable fan base. Beginning as a pilot regional production, Newsies was called to New York by critical acclaim and now Newsies is coming to the Greenville community!

Producer Shawn Cox says “This show has enough energy to power a small city! You will be captivated from the beginning”.

Set in New York City at the turn of the century, Newsies is the rousing tale of Jack Kelly, a charismatic newsboy and leader of a ragged band of teenaged “newsies,” who dreams only of a better life far from the hardship of the streets. But when publishing titans Joseph Pulitzer and William Randolph Hearst raise distribution prices at the newsboys’ expense, Jack finds a cause to fight for and rallies newsies from across the city to strike for what’s right.

Newsies is inspired by the real-life ‘Newsboy Strike of 1899,’ when newsboy Kid Blink led a band of orphan and runaway newsies on a two-week-long action against Pulitzer, Hearst and other powerful newspaper publishers.

The stage version introduces eight brand-new songs by the original team of Menken and Feldman, including a song written specifically for the national tour called “Letter from the Refuge,” while keeping many of the beloved songs from the film, including “Carrying the Banner,” ”Seize the Day,” “King of New York” and “Santa Fe.”

Since the film’s 1992 theatrical release and subsequent DVD releases, Newsies has grown into a cult phenomenon, and for years was the single most requested title of all the Disney musical films not yet adapted for the stage. (The film featured a screenplay by Bob Tzudiker & Noni White (Tarzan, 102 Dalmatians). 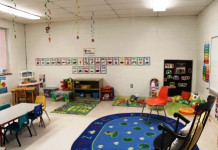