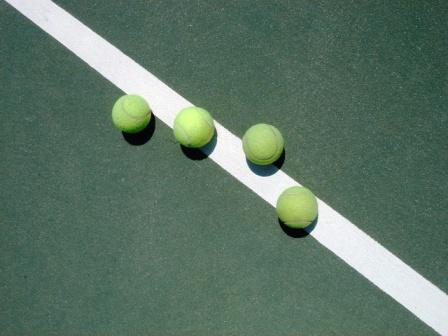 Evan Oakley won his singles match, and Oakley and Christian Earth were victorious in their doubles match.

Saturday, the Comets played in the O’Fallon Quad Tournament.

They lost to Champaign Central and O’Fallon, 4-0, and tied Mascoutah 2-2.

GHS winners in the Mascoutah battle were Seth Owens in singles, and Earth and Oakley in doubles.

Chris Owens won all three of his singles matches. Chris Watterson and Dima Powell won once in singles.

The Comets’ doubles teams won all three of their battles. They were Daniel Kester and Cainan Grove, Christian Earth and Evan Oakley, and Gabe Dickenson and Jordan Pierce.