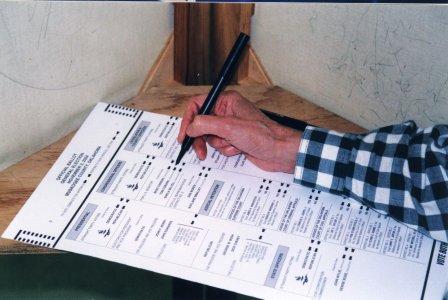 Kenneth Hubler will be the alderman for the City of Vandalia in Ward 1. Hubler received 45 votes. His opponent, Joseph W. Crawford, received 19.

In Ward 4 in the City of Vandalia, Bret W. Brosman received 173 votes, topping opponent B. John Clark, who received 165.

Voters were to select three individuals to serve as village trustee in Farina. The top three vote getters were John Baker, who received 50 votes; Chas “Randy” Engel, who also received 50; and Mark A. Thomas, who received 48. Chris Kuhlman trailed with 47 votes.

One seat on the Vandalia Community Unit School District 203 board was open for an unexpired two-year term. Voters selected Kevin L. Satterthwaite to fill that seat. He received 706 votes, topping opponent Dustin Murray, who received 687.

Voters were to select three individuals for full four-year terms on the Vandalia School Board. Those three will be Adam R. Braun, who received 773 votes; Joseph G. Schaal, who received 764; and Ryan Lewis with 763 votes. Other candidates were Matthew “Matt” Hall, who received 705 votes; Judy Ann Wasmuth, who received 550 votes; Jay Smith, with 413; and Craig Hart, who received 299 votes.

Voters in Brownstown were asked if the prohibition of the sale of alcohol should be continued. Voters said no with 88 votes, compared to 47 “yes” votes.

Voters in Fayette County also cast ballots on a referendum proposal for a one cent school facilities sales tax. That referendum was approved with 1,840 votes cast in favor and 1,226 votes against the increase. With the referendum, all school districts with students living in Fayette County will benefit from the one cent per dollar tax that will be applied to eligible items.