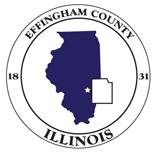 The first occurred at 7:23 AM on Interstate 57, seven miles south of Effingham.

A Honda driven by a 16 year old female from St. Louis was northbound behind a Chevy driven by 60 year old Marian E. Fulk, of Farina. State police say Fulk merged into the left lane to avoid IDOT work crews and reduced speed, but the vehicle driven by the 16 year old behind her did not slow down. The 16 year’s vehicle struck Fulk’s car in the rear and both drivers were transported to St. Anthony’s Hospital in Effingham. The 16 year old was cited for alleged failure to reduce speed to avoid an accident.

The second crash occurred a mile east of Montrose on Interstate 70 at 12:23 PM Wednesday.

A vehicle driven by 39 year old Bonnie A. Swofford, of Neoga, IL, was traveling eastbound on I-70 when it left the north side of the roadway. Swofford overcorrected and spun out of control. When the vehicle re-entered the roadway, it collided with another car, driven by 34 year old Robert L. Stonebarger, of Anderson, IN, which was also traveling east. Swofford’s vehicle came to rest in the median. Stonebarger’s vehicle stopped on the shoulder. Swofford and her two passengers were taken to Carle Clinic and St. Anthony’s Hospital. Stonebarger was not injured.

Swofford was charged with allegedly driving with an expired license and expired registration, improper lane usage, illegal transportation of open alcohol, and DUI.