After 54 years of operation, the Coffeen Power Plant is now closed.

In August, Vistra Energy and its subsidiaries announced it would be retiring four of their plants in Illinois.

WGEL contacted Vistra this week and it was confirmed the Coffeen Power Plant was officially retired last Friday, November 1.

The Coffeen facility was a coal-powered 915 megawatt power plant built in 1965. As of August, it had about 95 employees.

Vistra’s plant retirements occurred to meet the requirements of the revisions to the multi-pollutant standard rule imposed by the Illinois Pollution Control Board. 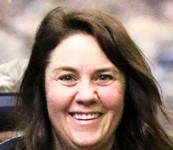