Students, political scientists, and historians will have easy access to research the long tenure of Congressman John Shimkus (R, Illinois-15) following the completion of his 24-year career in the U.S. House of Representatives. At an event Friday, the Republican from Collinsville and Southern Illinois University Edwardsville Chancellor Randy Pembrook announced that records, correspondence, photos, and more will be housed in the “Shimkus Collection” at the campus’ Lovejoy Library.

“We have already begun the process of identifying material that university officials believe is appropriate for the collection,” Shimkus said. “My staff will screen everything to ensure privacy laws and regulations are followed. As my offices in Washington, DC, and in the 15th Congressional District wind down and eventually close at the end of my current term, items will be transferred to the library.”

“Today’s announcement is exciting for SIUE in that it will provide materials for future students to study and research, creating richer political science and history resources for our students.
Congressman Shimkus and many members of his family are SIUE alumni, so his contribution to Lovejoy Library at SIUE makes great sense. We appreciate this very special collection and could not be prouder of this legacy.”

The congressman’s connection to SIUE is deep. Just as he was beginning his first term in the House of Representatives in 1997, he finished his master’s degree in business administration (MBA) at the university. His father, Gene, had earned an associate degree in business from the school in 1968. Shimkus’ wife, Karen, completed an SIUE master’s degree in music with a music performance specialization in 1990, and their son, David, received a bachelor degree in computer science from the university in 2017. In addition, two sisters have SIUE degrees: Dorothy (BS Recreation ’74) and Jana (BSA Accountancy ’91). Now a 12-term representative, Shimkus was inducted into the Southern Illinois University Edwardsville Alumni Hall of Fame in 2015.

Prior to his MBA studies, the Collinsville High School product graduated from the United States Military Academy in West Point, NY, in 1980, then served as an active duty Army officer for more than five years. He earned a teaching certificate from California’s Christ College Irvine (now Concordia University Irvine) and returned to his native southwestern Illinois to teach at Metro East Lutheran High School in Edwardsville before launching his political career. 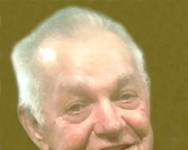