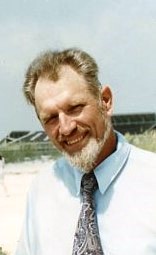 Funeral services will be held at 3 p.m. Saturday, January 25, 2020 at the Kingdom Hall of Jehovaha’s Witnesses at 634 South 127, 3 miles south of Greenville with Steven Doolin officiating. The family welcome friends from noon on Saturday until service time at the Kingdom Hall. For those who desire memorials may be made to Albert’s Family at the Kingdom Hall or at The Donnell-Wiegand Funeral Home.

Albert Riley DeSherlia, the son of Harry Leroy DeSherlia and Thelma Earline Cole DeSherlia, was born on April 27, 1934 in Houston, TX. He lived there until the age of 10 when the family moved to Woodriver. They moved to Edwardsville where he graduated from Edwardsville High School in 1952. Albert then worked for Standard Oil, Moving to Greenville in 1958 where he worked for Canter implement, Basler Electric, Kalamazo Spring Company, and Nevinger Electric Co.as maintenance manager. He then did woodworking, insulation, roofing and remodeling for DeSherlia and Sons with his son Curtis. In retirement Albert enjoyed Rendezvous Re-enactment.

Albert is preceded in death by his parents, daughter Kathy Sue in Infancy, Curtis (Kathleen) Desherlia in 1985, and sister Sylvia Jean DeSherlia in infancy.

Albert was a member of Kingdom Hall of Jehovah’s Witnesses.