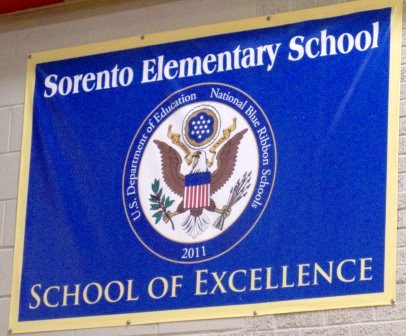 During a special Bond County Unit 2 school board meeting Wednesday night, another option that could save Sorento School was presented by Superintendent Wes Olson.

He said the option was developed by himself and other Unit 2 administrators.

The board has been looking at various proposals to establish boundaries to increase the enrollment at Sorento. Another option was then added by the board which would be to close Sorento School.

Wednesday’s meeting was only the second time board members spoke publicly about the options since boundary scenarios had been presented.

It appeared to be the consensus of board members that the option to close the school was not favored. There were also members against boundaries and in favor of open enrollment.

While no votes were taken on these matters, a final decision could occur at Tuesday night’s school board meeting.

Some board members said they welcomed option H that was presented Wednesday night.

While it would keep Sorento School open, the structure of classes would change.

The option provides for multi-grade classrooms. The scenario for Sorento could be a class for kindergarten then combining first and second grades, third and fourth grades, fifth and sixth grades and seventh and eighth grades with one teacher for each combined class.

The remaining four teachers from Sorento School could be transferred to Greenville Elementary School to add sections and reduce class sizes in kindergarten, first and second grades.

Classroom aides at GES could be reassigned to Sorento to help classroom teachers with differentiation.

Superintendent Olson said this would allow for open enrollment while addressing class size inequity and teacher to student ratios.

He told the board this is not a new idea, as some area school have gone to combined classes.

Wednesday was the first time the board members received any information about this option. While some were anxious to proceed with it, others felt taking action at Tuesday’s meeting was too quick, and they wanted time to review the option.

It appears a decision on the combined classes option could be made at the February board meeting.