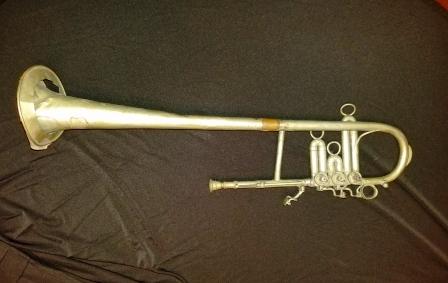 For a company that’s been manufacturing band uniforms since 1897, it may not come as a surprise that music was an important part in the lives of its founders. DeMoulin Bros. & Co. of Greenville, Illinois was founded by Ed DeMoulin in 1892 as a maker of regalia and paraphernalia for the Modern Woodmen of America fraternal organization. Five years later, the youngest DeMoulin brother, Ulysses (U.S.), cofounded the Greenville Concert Band, which lives on today as the Greenville Municipal Band. At U.S.’s suggestion, the DeMoulin factory created a set of band uniforms for the group, thus launching an industry that has made the company world renowned.

Ed, U.S. and their older brother Erastus were all members of this band, but their love of music can be traced back to their father, Elisha, a French immigrant who arrived in America in 1850. He later settled in Jamestown, Illinois and led the local band for that community and neighboring Sebastopol. U.S. DeMoulin later said his father had been a child prodigy who could play multiple instruments and compose music.

The DeMoulin Museum will soon be welcoming Elisha DeMoulin’s E-flat cornet to the family display. The cornet has been in the DeMoulin Bros. & Co. archives for decades. It was recently identified by John Goldsmith, museum curator.

Goldsmith said, “I knew the factory had some vintage instruments in its collection, which I had suspected belonged to the DeMoulin brothers. However, after rereading U.S. DeMoulin’s 1954 autobiography, I realized this old, well-worn instrument was their father’s. It has quite a story to tell.”

According to Goldsmith, the cornet was given to Elisha by his father, prior to their departure for America in 1850. U.S. wrote that his father used the instrument to lead the bands in Jamestown and Sebastopol. When the Civil War broke out, the cornet was loaned to an F. Leonhard of Trenton, who played it while a member of the Jamestown Military Band. Goldsmith said a metal tag with Leonhard’s name and the year 1869 can be found on the cornet. In his autobiography, U.S. noted, “It is claimed that the patch covered hole it now bears was caused by a bullet from a rebel’s gun.” Goldsmith explained that this detail also helped in identifying the instrument as that owned by Elisha DeMoulin.

“At some point the cornet was given back to Elisha DeMoulin and later inherited by his son, U.S. It’s a great piece of family and factory history that intersects with Clinton County lore,” Goldsmith observed.

“We’re thrilled that the factory is putting it on loan to the museum. When I shared the story with Don Adamski, DeMoulin president, he was amazed to learn the cornet’s origin. We were both thankful that it had survived all of these years in the factory’s archives.”

The DeMoulin Museum, located at 205 S. Prairie St. in Greenville, is open Saturdays from 10 am to 2 pm. Special tours may also be arranged by contacting the museum at (618) 664-4115. This year marks the museum’s tenth anniversary.