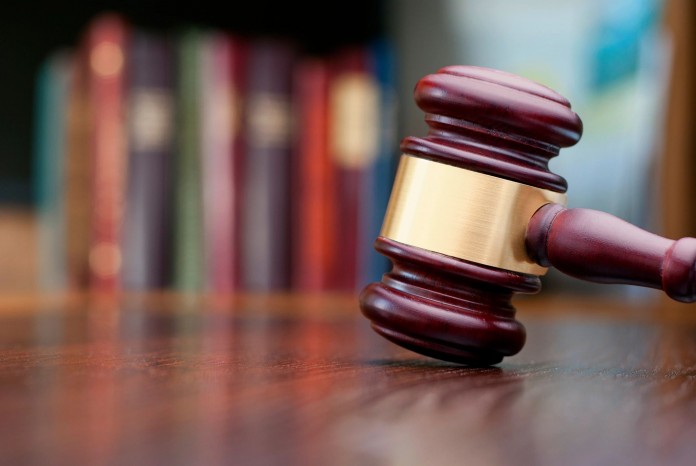 A defendant pleaded guilty in Bond County Circuit Court last week to committing an armed robbery of a teenaged boy in Greenville.

The incident occurred in the south part of Greenville on June 3, 2019.

The defendant, Jeffrey D. Fischer, age 32, of Hillsboro, formerly from Greenville, was originally charged with armed robbery with a firearm.

On January 3, he entered a negotiated plea of guilty to an amended charge of armed robbery without a firearm. Fischer was sentenced to 18 years in the Illinois Department of Corrections. Bond County State’s Attorney Dora Mann said Fischer must serve 50 percent of the 18 years.

He will then be on mandatory supervised release for three years.

The robbery involved a 15-year-old boy who was with three other juveniles on bicycles. The state’s attorney reported Fischer was also on a bicycle.

Mann said the youths went to a location to ask an adult to buy cigarettes for them. Fischer was there and given $20 to buy the cigarettes. The juveniles went with him for the purchase.

The state’s attorney advised Fischer, earlier in the day, had allegedly noticed the one juvenile had more money. The cigarettes were bought, and the boys and Fischer left each other.

The state’s attorney said later in the day Fischer found the youths, chased them down and allegedly pulled out the gun, taking over $400 from the boy.

As part of his sentence, Fischer was ordered to pay restitution of $440 to the victim.

No one was injured in the incident. State’s Attorney Mann said Fischer was arrested about a week after the robbery and was taken to the Department of Corrections because he had been on mandatory supervised release on a previous criminal offense.