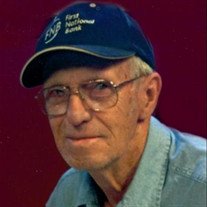 He was a member of Saint Paul Lutheran Church, Life Long Member of the church & Various Boards with the church; Teamster Local 525, Alton, IL.

Paul was born and raised on the family farm east of Worden, IL, near the Worden Y. He graduated from Worden High School in 1949. He served with the US Army from May 1954 to 1956. He worked at Ready Mix Services-Hamel, IL, as a truck driver for 35 years and retiring in 1994. He farmed the family farm for many years and lived there all his life. He enjoyed playing cards and his family, especially his grandchildren and great grandchildren.

Funeral service will be at 10:00 AM on Saturday, February 01, 2020, at Saint Paul Lutheran Church in Hamel, IL., with Rev. Benjamin Ball, Pastor, officiating.

Memorial contributions may be made to St. Paul Lutheran Church.