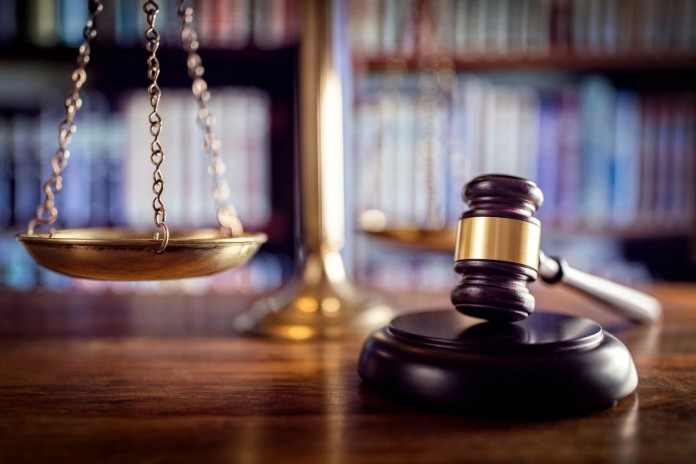 Madison County State’s Attorney Tom Gibbons is asking the United States Attorney’s Office to review three murder cases because he believes the death penalty should be sought in them.

All three murders occurred within the past month and involve individuals who crossed state lines to commit the crimes.

On January 8, Kadeem Noland and Christine Mills allegedly travelled from St. Louis to Granite City where they allegedly entered a home and shot to death Jason Thomas.

State’s Attorney Gibbons said Illinois does not have the death penalty, however the federal first degree murder statute allows for that sentence.

He added by requesting the resources of the federal government, he wants to seek the ultimate justice for the victims and their families.

Tuesday afternoon, the US Attorney’s Office issued the following statement in response to the news Madison County officials were seeking federal cases…

The murder of Randy Gori was a senseless and brutal crime. We at the U.S. Attorney’s Office join the community in shock, grief, and outrage. Other area homicides described in recent media accounts also appear to be heinous acts of cruelty that demand justice. This office will promptly review any request we receive to open an investigation, but we cannot assess whether federal law has been violated until the facts from the investigations are presented to us.

The federal government is a government of limited jurisdiction, and it does not possess general police powers. That is why nearly all homicide cases are prosecuted in state courts.

Congress has, however, enacted at least 60 criminal statutes where murder or causing the death of another can be prosecuted federally. These laws generally fall into three categories. The first category includes statutes where federal jurisdiction is established based on the status of the perpetrator or the victim. For example, it is a federal crime to murder certain federal officials and office holders. The second category includes statutes where federal jurisdiction is premised on the location of the death, such as murders that occur on federal land. The third category includes killings that occur during the commission of another federal offense, such as a murder committed during a bank robbery.

Not all of these crimes are punishable by the death penalty. Nor does a homicide automatically become a death-eligible federal crime simply because someone crossed a state line.

U.S. Attorneys must follow the federal death penalty protocol when they bring charges that carry the death penalty as a possible punishment. This procedure requires the case to be reviewed and evaluated by the Capital Case Section within the Criminal Division of the Justice Department in Washington, D.C. The process culminates in a decision by the Attorney General of the United States to seek or not to seek the death penalty against an individual defendant. Those decisions are based upon the specific facts and laws applicable to the case, with the goal of ensuring that the federal capital sentencing laws are applied consistently and fairly across the nation.

We have a long history of working with our state and local law enforcement partners to achieve just outcomes in southern Illinois, and we will continue to stand with the victims’ families, the police, and the Madison County State’s Attorney’s Office as the community seeks justice for these crimes.