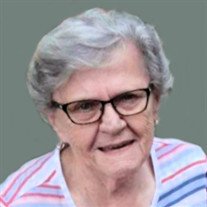 She was born on Monday, September 20, 1937, in East Saint Louis, IL, the daughter of August and Anna (nee Scharf) Hartman.

Mrs. Jackowski was born at East Saint Louis, Illinois. She grew up there and was a 1955 graduate of Notre Dame Academy in Belleville, IL. After graduation she had worked for McKesson and Robins Pharmaceuticals in St. Louis, MO. She and her husband had operated the Czeck Hall in East Saint Louis. They moved to Saint Jacob, IL in 1964. She had worked for Todd Uniform and Highland Supply. She also worked for Aramark Uniform in Highland for over 37 years and retiring in 2007. She had moved to Highland in 2003. Shirley had enjoyed bowling, reading, walking, and working the fish fries at the VFW Hall. She had many friends and acquaintances and enjoyed working and being with people. For a number of years, she had helped serve the noon meals at Faith Countryside Home Apartments.

A private interment will be at Keystone Cemetery in Saint Jacob, IL, at a later date.

Memorial contributions may be made to Meals on Wheels or Masses.